He was another Wray who married a Fairey, Elsie, in the summer of 1929 in Hitchin.  They had two daughters.  Dick went into the army and while there, Elsie met her second husband-to-be.  Dick and Elsie were divorced in about 1941 and Dick later married Min.

He worked for a time for the Gas Board and, when I knew him, he kept ‘The Bucks Head’ public house at Little Wymondley, Herts.  I would go there occasionally with Dad and drink ginger beer in the snug.  He was an executor of his sister Flossie’s estate.

I remember walking along the road with Dad and Dick and feeling proud to be with the two brothers yet confused because they were not walking companionably. They weren’t swopping reminiscences about their childhood and there was almost an uneasy silence.

Dick seemed to me then to be a well built man with a large, ‘drinkers’ purple nose.  He appeared unsmiling and hard.

Source: the photograph from Jennifer Windebank. 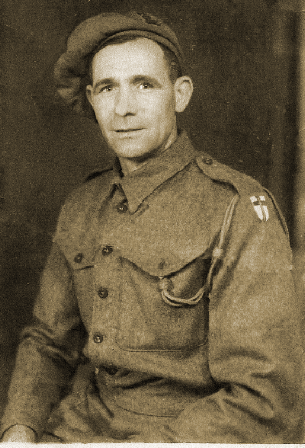