Behind the man and the horse is a clear view of Joseph and Sarah
Peter’s home for more than 50 years at Preston Green.

Samuel and Henrrietta (nee Palmer) Peters who were both born at Preston in the summer of 1846 and who married at St Marys, Hitchin on 3 February 1872. They lived for more than 20 years at Church Lane, Preston until their move to Little Almshoe, Herts in July 1896. In 1901, Samuel was a horsekeeper.

Right, Bertha Peters (born 1878) daughter of Joseph and Sarah. She was Preston School monitor from July 1891 until at least 1901. In 1897 it was recorded of her, ‘Bertha Peters has had to take the infants entirely. She is a good help” and she “has kept the infants very fairly up with their work’.

Four years after arriving in Preston, Joseph married Sarah Joyner. The Joyner family (who had their roots in

the parish of Hitchin) moved to Preston in the 1770s. Later, Sarah established a plaiting school for village

children at their home at Preston Green.

The Peters boys did not follow  in the family trade as shoemakers. All were described as ‘ag labs’ in the 1871 census, but two seem to have specialized in caring for horses - William (groom) and Samuel (horsekeeper). Most stayed in Preston for a time - Joseph (Blacksmiths Road), Samuel (Church Lane), Peter and Elijah (The Green), and Thomas (Back Lane). Towards the end of the century, some had joined the drift away from

Preston - William was at Wrights Lane, Kings Walden and Samuel was in Little Almshoe.

The family of Thomas and Martha illustrate the way in which the young people of Preston left the village and scattered in the 1890s. Their children Edward and Ezra were at nearby Offley Holes. Christopher was a

baker’s assistant at Baldock, Herts. Amy, Edith and Agnes were in London.

at Chequers Lane until her death in May 1891. Joseph and Sarah had no fewer than 45 grandchildren and in 1901, there were 21 people in Preston with the Peters surname.

In the middle of the twentieth century, there were still Peters in Preston. Joseph and Sarah’s grandchildren,

Annie Christobel (who was R. de V. Pryor’s housekeeper until his death in 1945) was living at ‘Laburnum

6 Holly Cottages, Back Lane. Joseph and Sarah’s great grandson, Walter Charles and his wife, Queenie, were living at 15 Chequers Lane and James, Hubert and Eliza Peters were at Hitchwood.

However, in 2004, after more than 150 years of a Peters’ presence in Preston, the name does not appear in

One of the noticeably unusual features of the Peters family in the late nineteenth century was their choice of Christian names. The full list can be seen from the family tree, but it includes Minnie Euphemia, Florence Georgina, Gilbert Henry, Annie Christobel, Leonard Charles, Agnes Louisa, Amy Priscilla and Edith Lucy. At a time when single Christian names were still the norm and names such as Thomas, John, Mary and Elizabeth proliferated, such a variety of names is a refreshing change for the local historian.

Judging by the occupations of Joseph’s six sons, they were a ‘cut above’ the ubiquitous agricultural labourers. Four were shoemakers and another was a baker.

Perhaps there were just too many shoemakers in Kings Walden, for Joseph Peters jnr. (bap. 26 Feb 1804) moved to Preston to ply his cordwaining trade there when he was about 21 years old.

He features in the 1825 Valuation for the Poor Law in Preston which also helpfully provides a reference to his shop at Preston Green - indeed he was to live and trade from these  thatched premises for almost 60 years until his death.

The Peters were one of the most prominent families in Preston in the nineteenth century. Yet, in 1800, there were no Peters living in Preston. 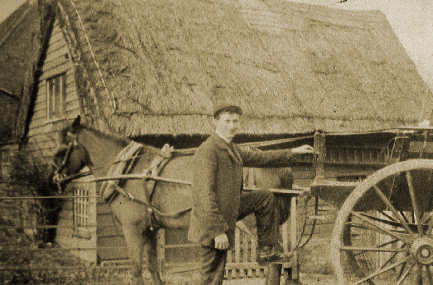 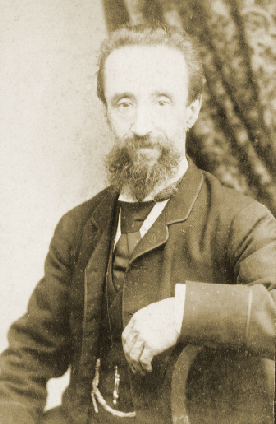 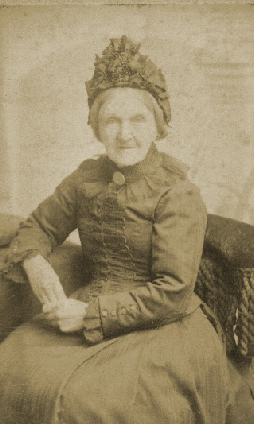 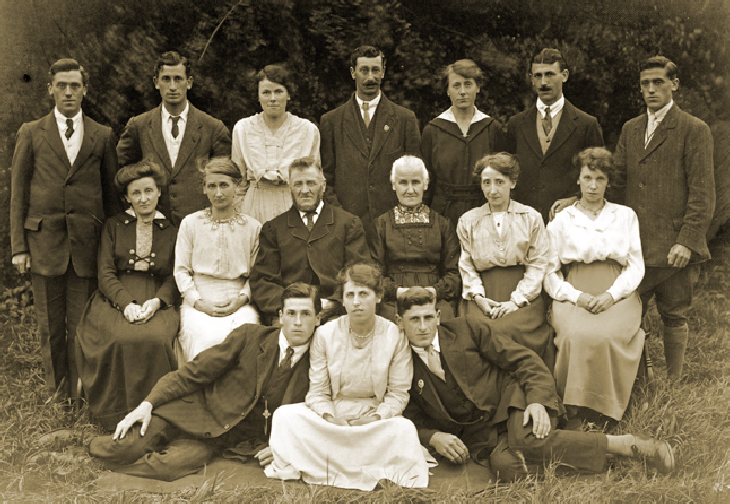 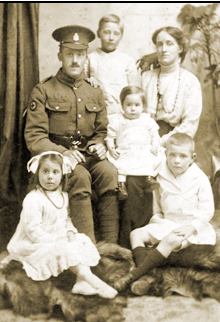 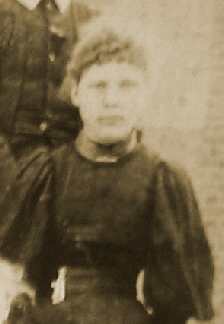 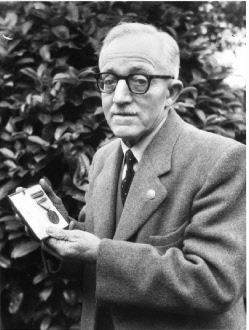 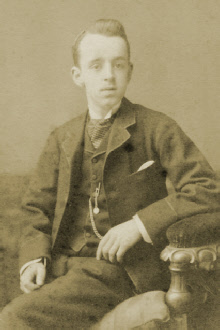 Above, In the centre are Thomas and Martha (nee Andrews) Peters probably with their fourteen children. Thomas (b 1853) and Martha (b 1856) married at St Marys, Hitchin on 18 September 1875. After their marriage, Thomas and Martha lived at Back Lane until the 1890’s when they moved to Preston Green - probably living in Thomas’ parents’ home. Annie (‘Nance’) Peters is front centre. She was a spinster and lived at 2 Chequers Cottages until her death in  1982. The two men at either end of the back row are the twins Edward (left) and Reginald Peters. Agnes Peters is second left, middle row.

The photograph was probably taken in the early 1920’s.