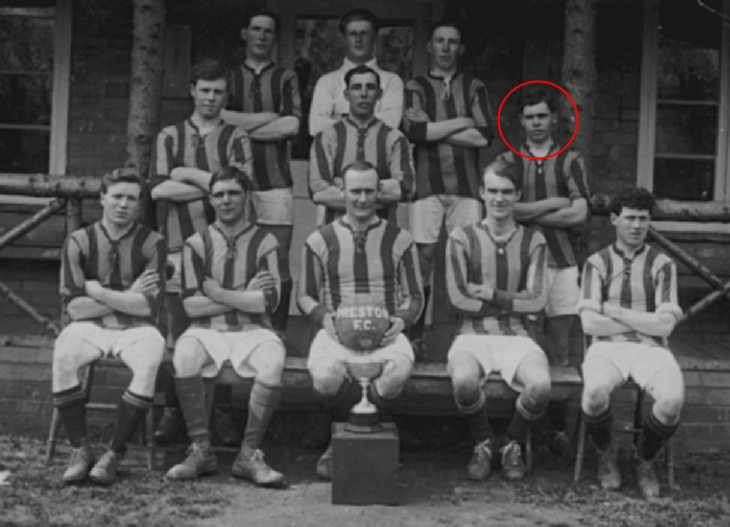 After several successful seasons, the Club closed down and until 1939 the pattern was for the club to flourish for a few yearsand then fold - with the players moving to other local clubs. On 30 July 1936, the village drew 2-2 against Pirton Social in the first round of Herts Junior Cup. The team was: J Garner, B Carr, A Day, C Darton, W Darton, G Crawley, W Chalkley, A Grimes, T Grimes, D Philllips, D Jenkins.

Preston Football Club was established in the early 1920s. The team wanted to play at the village’s recreation ground, but its owner, Douglas Vickers, was reluctant to allow this. Nevertheless, some games were played there and the top picture shows the team in front of the pavilion which was built in 1921.

After a season or so, the pitch was relocated to the meadow behind the pavilion (see right). Here the team enjoyed success winning cup, shield and league honours including holding the ‘mighty Letchworth Town’ to a draw in a cup tie at Letchworth. Preston FC played against Kimpton, Union Jacks, Woolmer Green and Walsworth.

They were ‘lively affairs and sparks used to fly not only amongst the players but also very often from the supporters’. 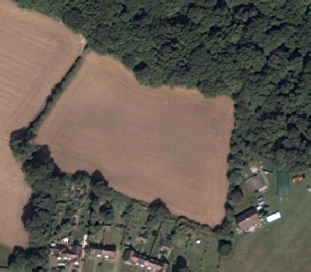 After WW2, under chairman, Harry Boxall, the club was run more efficiently.  There was far more continuity and the team enjoyed further success. .

Funds were raised by raffles at the Red Lion organized by its hosts, the Massey’s. 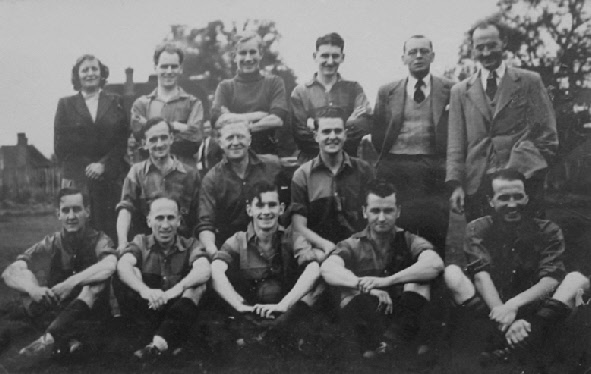 Although the football club was described as ‘flourishing’ in 1953, seventeen years later Derrick Seebohm bemoaned, ‘‘At the present time we can't raise enough people. for our cricket and football teams. Outsiders have to help us out”.

The club folded shortly afterwards. It had operated intermittently for fifty years.