Reginald Joseph Wilkinson Dawson was born at Gateshead, Co Durham in early 1884. He was the son of a railway mechanical engineer.

In 1901, Reginald was working as a railway clerk. He married Annie Anderson MacGilvray at Northumberland in the spring of 1908. Annie was born at Melbourne, Australia in around 1886 and emigrated to England early in the twentieth century. The couple’s first son, Reginald Gordon Dawson, was born at Newcastle in 1910.

By April 1911, the Dawson family had moved to Preston and were living at Temple Farm. Reginald snr was working for Herbert Fenwick as the Temple Dinsley Estate Manager. 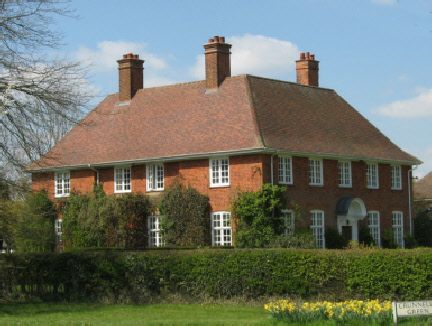 The Dawson’s were considerably involved with the running of the village. Reginald was elected as Correspondent for Preston School on 19 May 1911 and was also a School Manager. In addition, he served as Chairman of Preston Parish Council from 1915 until 1937.

Mrs Dawson was a frequent visitor to the School and helped with many activities such as the School sports – though none of their children attended the Village School. She was also the  Honorary Secretary of Preston’s Nursing Association; partly responsible for the running of Preston Guides and Brownies and President of the local Women’s Institute (1922 – 1924). 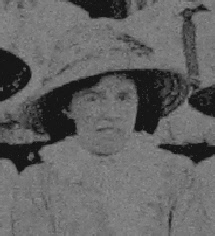 Reginald was a keen cricketer. He was included in the ‘Best-Ever Preston’ team and was described as ‘a driving force’, a right-handed batsman and Captain of Preston Cricket Club in the mid-1920’s.

Douglas Vickers created a herd of Wessex Saddleback pigs at Castle Farm and Reginald was the herdsman. In 1933, Pig Breeders’ Annual stated that the herd was ‘established in 1921 and that since then, upwards of 1,000 pigs had been reared each year’. From 1925, the herd received 500 awards at leading shows. The British Saddleback Breeders Club acknowledged that Reginald ‘not only made Hertfordshire a strong centre (of Saddlebacks) but had done as much as any man for the breed’.

Annie Dawson also died in the Hitchin area in late 1973.

cricket for Preston. He was living at Stevenage when he