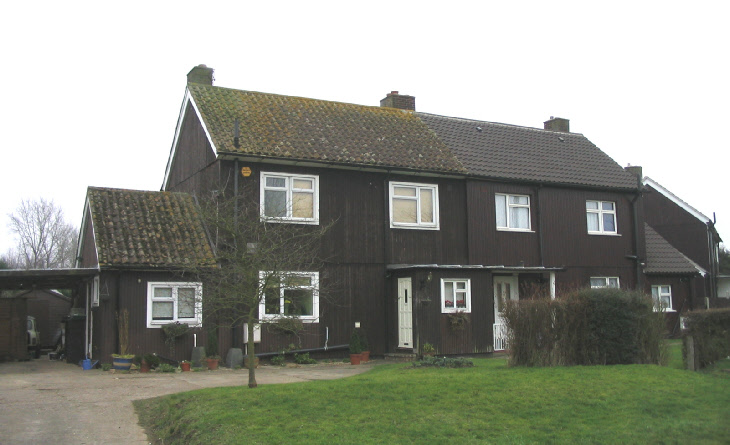 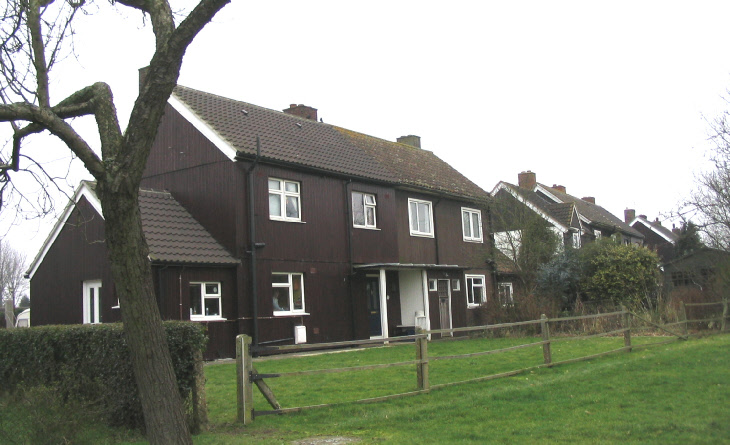 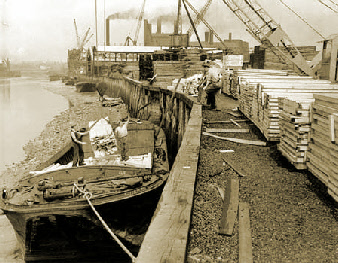 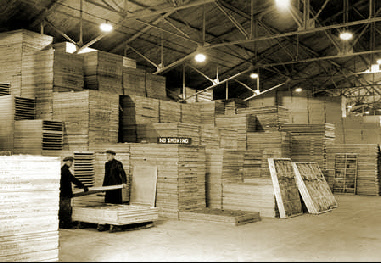 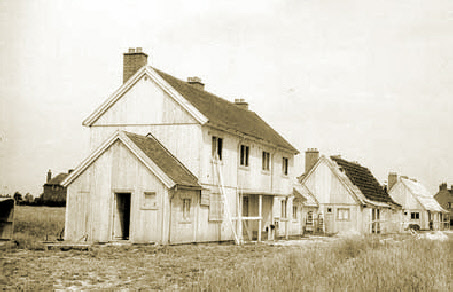 (Above) Timber-framed ‘flat-pack’ houses stored on the quayside and in warehouses.

These ‘factory homes’ were the gift of the Swedish government for Britain’s support during the war. They were supplied in sections using ultra tough Baltic pine. In Spartan post-war Britain, they were a sensation - fireplaces in every room; fitted wardrobes in every bedroom. Many sprang up in rural settings - as an inducement to village dwellers to stay put, rather than be seduced by life in towns. They had a minimum life-span of over 150 years, but out of 2,444 built, only perhaps half remain.

They are snug and warm - being insulated by a buttercup yellow natural felt made from sheep’s wool. Trust the Swedes to provide efficient means of combating the cold! Most DIY jobs can be completed using a hammer and nails.

Their unique place in twentieth century architectural and social history is such that English Heritage is seeking to list some, as forerunners of modern ecological housing. The sense of light and spaciousness, warmth and sturdiness has encouraged many to choose to continue living in them - as can be seen from the small turnover of residents in the following list.

After World War Two, Britain embarked on an emergency programme to quickly replace homes that had been destroyed during the war - ‘Churchill’s Temporary Housing Programme’. It was the age of the ‘pre-fabs’ - temporary homes, many of which are still inhabited today, more than sixty years later. Included in this construction plan were less than 3000 timber-built homes which were imported during 1945/46 from Sweden as ‘flat-packs’, to be erected on site. Ten of these were erected as council houses on the west side of Chequers Lane, Preston. 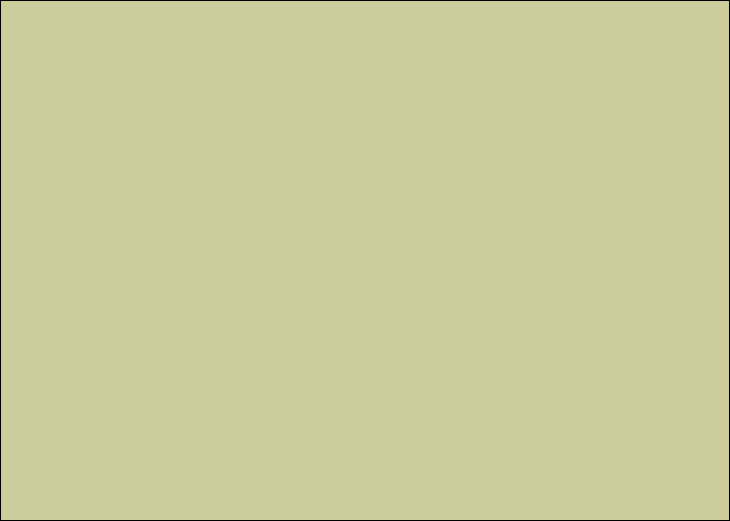 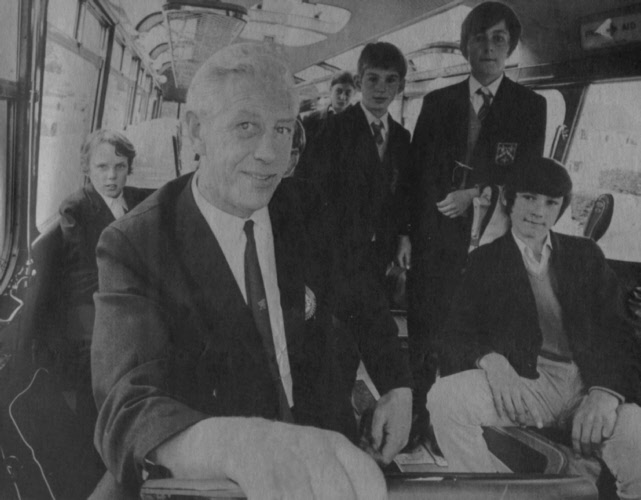 Jack Meadows moved to Preston as a young lad.

He married Margaret P Fox in the summer of 1942 and the couple moved to Preston shortly afterwards. They had two children, Ruth and Peter.

Jack was a familiar face locally as he drove the school bus between Hitchin and Breachwood Green in the 1960s. He also served on Preston Parish Council.

Margaret was a verger at St Martins and Chairman of the Preston Village Society.

Writes Marion Gallacher: John Gallacher and I were Holding Managers at the Red Lion from August 1980 until December  1982   -  The villagers were in discussions as to what to do with the Pub at this time.

Sadly Whitbreads  in their infinite wisdom moved us out in the December to run the Adam & Eve in Hitchin and would not permit us to stay over the Christmas and New Year with our friends in the Red Lion.

While John and I were running the Red Lion we got married and had our son Stewart - an original Prestonite born April 1982.

It was a sad day when John and I left the Red Lion, we visited frequently  and returned to the village in March 1987 . . . .  frequenting the Red Lion yet again 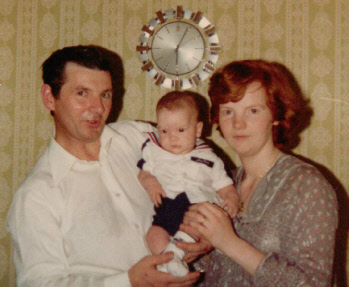 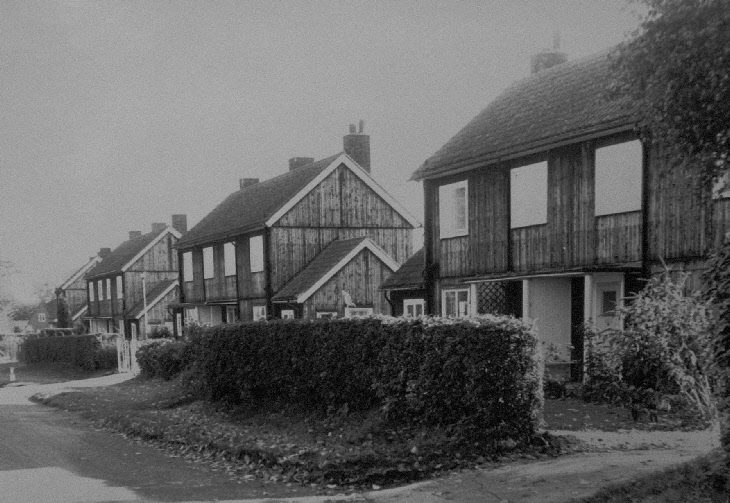 The Swedish Houses in the 1980s