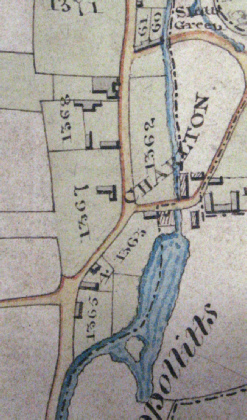 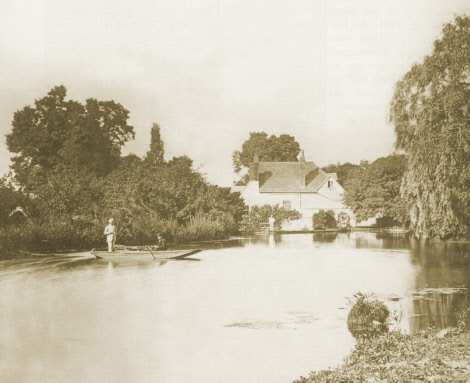 =  the location of the Bradding’s home. Above is the Charlton mill pond

The children of John and Elizabeth Bradding 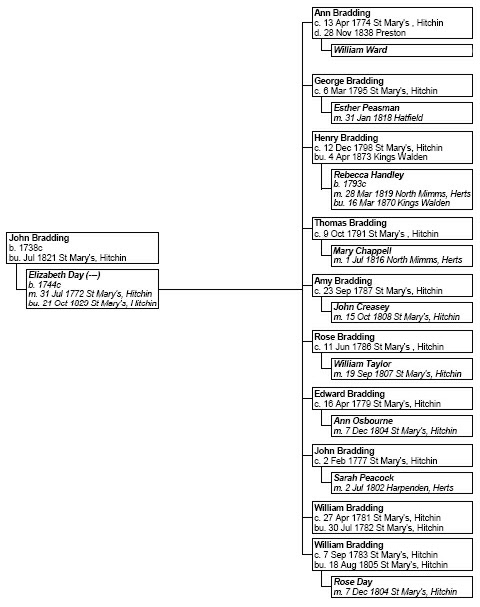 John Bradding jnr is shown in the 1821 census, as living next door to his parents at Charlton.

Henry Bradden (sic) was the publican at The Chequers, Preston for around twenty years - from at least 1843 until 1865 - he featured in newspaper reports in both years.

John and Elizabeth Bradding (nee Day) were my 3xgreat grand-parents. John is consistently recorded as a labourer.

John was born in around 1738, however where he was born is a mystery. There is no record of his baptism in

the IGI and his family do not feature in any Settlement or Removal Orders. The Hitchin PRs have been

checked, and although legible, John’s baptism is not noted.

However, a little information about Elizabeth Day may be deduced. She was born in around 1744 and again

her baptism is not recorded at Hitchin. But their son, William, married Rose Day in 1804 and John and

John and Elizabeth married at St Mary’s, Hitchin on 31 July 1772. As John is recorded in the Hitchin Militia

Charlton is a small hamlet lying two miles to the north of Preston and about a mile south-west of Hitchin. The River Hiz rises nearby and formed a millpond. There was a mill at Charlton until late into the nineteenth century. The Braddings lived in the southernmost cottage in Charlton, on the road to Preston.