The re-enactment of Bunyan’s sermon at Bunyan’s Dell, Preston 1928

As a general rule, parish churches were built by lords of the manor close to their castle or manor house. As there was a manor of Temple Dinsley, why was no church built at Preston? There were  chapels of ease attached to Temple Dinsley and at Minsden, so perhaps it was felt that these were sufficient for the villagers’ religious needs.

Later, the absence of a local parish church in Preston created problems especially from 1538 when births, marriages and deaths needed to be registered. Most of Preston village was in the parish of Hitchin. The parish church was St Mary, Hitchin which was two and a half miles from Preston - a long trek for babies, brides and bodies. (See Minsden Chapel - Link)

The churches of Ippollitts, Kings Walden and St Pauls Walden parishes were closer to Preston than St Mary. So, in the nineteenth century, there are many examples of baptisms, marriages and burials of Preston people being conducted outside  the parish of Hitchin.

Perhaps this lack of a religious focal point in Preston contributed to the popularity of nonconformity in the area.

In the seventeenth century parliament had concluded that the nation could be unified by one common religion and so outlawed independent churches. The Conventicle Act of 1664 prevented more than four people assembling to worship without the Anglican prayer book.

By 1670, the Baptist, John Bunyan (1628-88) had a sizeable following in Bedfordshire and north-west Hertfordshire. He spent two spells in prison because of his illegal preaching.

Bunyan conducted a service at Wain Wood, Preston at a natural amphitheatre which is still known as Bunyan’s Dell. This gathering was the stuff of legends. One such saga graphically describes an icy night when hundreds of local people meandered along footpaths and sheep tracks to hear him preach in Preston. The meeting was veiled in secrecy. Sentinels were posted to warn of ambushes by the authorities. Women were poised to protect Bunyan from the wind and snow using their farm aprons. The service was celebrated by a re-enactment at Bunyan’s Dell in 1928.

Bunyan was fervently supported by the Foster family who lived at Castle Farm, Preston. They provided him with safety, sustenance and shelter.

This romantic tradition, centred on Bunyan, spawned many churches and chapels in the area including Tilehouse Street (which had Fosters as founder members) and Back Street Baptist churches in Hitchin.

With this background in mind - the lack of a church in Preston and the melodramatic folklore of Bunyan - we may understand why so many of the families of Preston baptised their children at nonconformist chapels between 1801-41:

This nonconformist tradition was maintained during the nineteenth century for in the religious census of Preston taken in 1886, 104 local villagers declared that they were Baptists. Seventy - eight families were polled - 36 were Church, 34 were Baptist and 8 had no preference.

The 1800s saw the remarkable building of three new religious edifices in Preston - a village which until then had no church:

The following are links to pages which relate to these religious buildings: 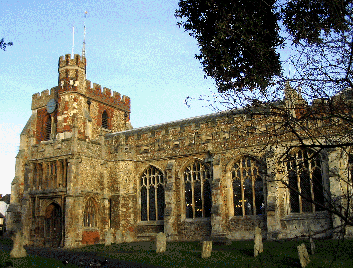 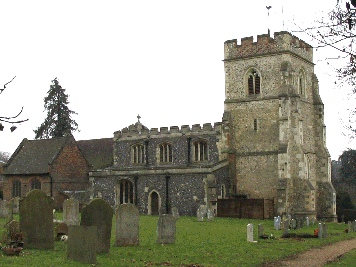 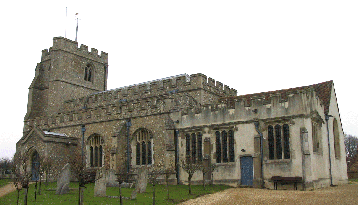 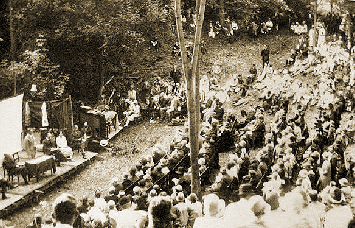 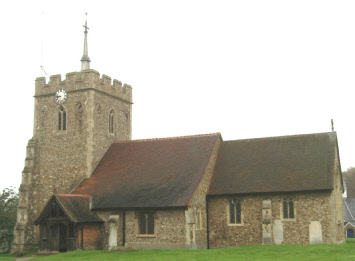