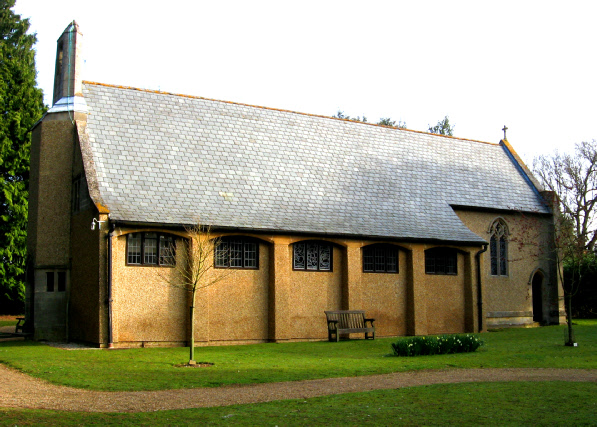 In April 2009 I was kindly allowed to photograph the interior of St Martin. The images below may help us to visualize the baptisms, marriages and burial services of families in the twentieth century. Featured are the gifts to the Church particularly at its consecration. 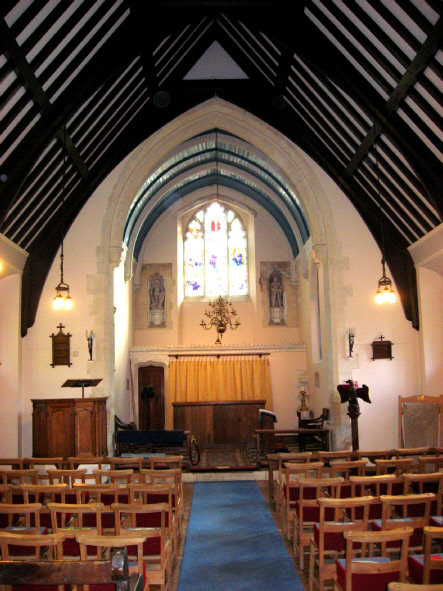 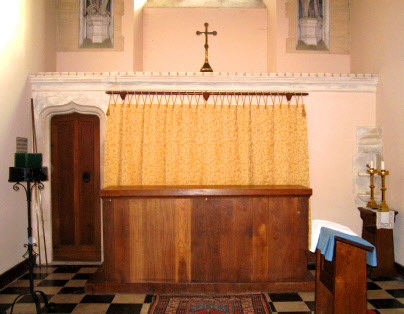 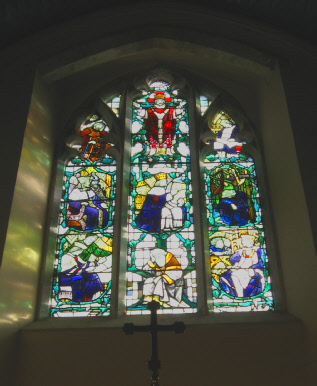 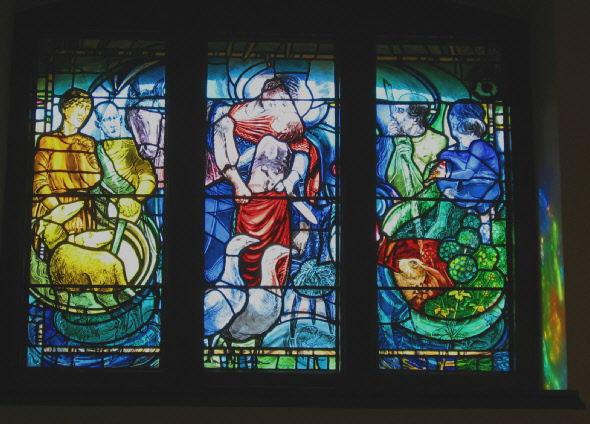 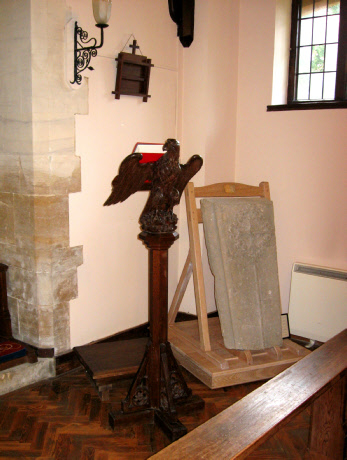 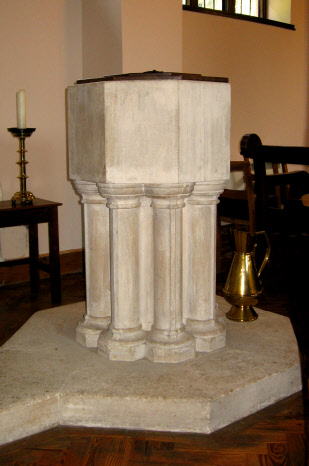 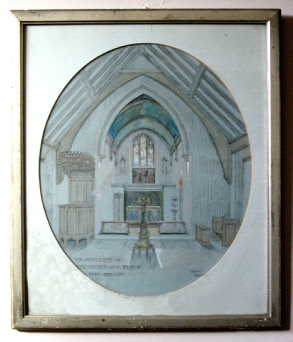 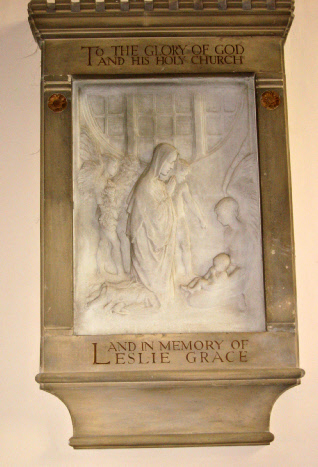 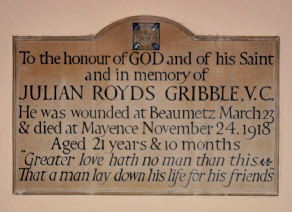 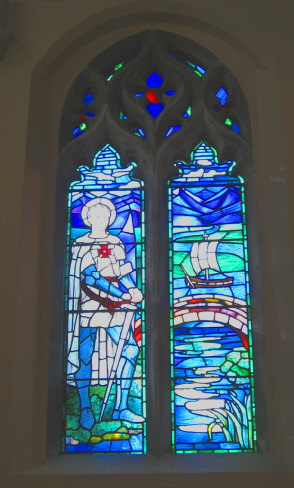 Mr Pryor donated the altar, made of oak

from his Clifton, Beds. estate

The statues of St George and St Alban were the gifts of Mrs Cazenove and Revd. Eadon

The  font was contributed by Mr and Mrs Cazenove in memory of their baby.

Christopher Whall designed this window which represents the tree of Jesse. It is in memory of Thomas Warrin, Mrs MacMillan’s father (1818 -1888) and his wife and children.

This window is in memory of Julian Gribble VC. It depicts St Martin with Julian’s face superimposed. The window was re-dedicated in 2008.

The Centenary Window, designed by Peter Caller and showing the life of St Martin was consecrated on 16 July 2000.

to William Palmer, designed by Peter Caller and installed in the porch in 2001.

A drawing by Ruby Master: This was a design for a mural intended to be hung behind the altar

This wall plaque shows Mrs Leslie Seebohm (nee Gribble) with her children represented by an older cherub, two identical cherubs and a baby. 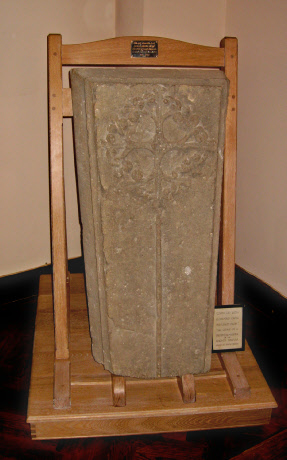 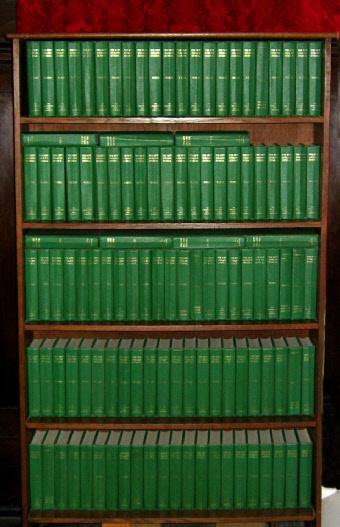 .A drawing of St Martin in the porch

A selection of the hassocks created by villagers, pupils of Princess Helena College and friends around 1970

The chancel - shown at Lent when the Church hangings are removed. 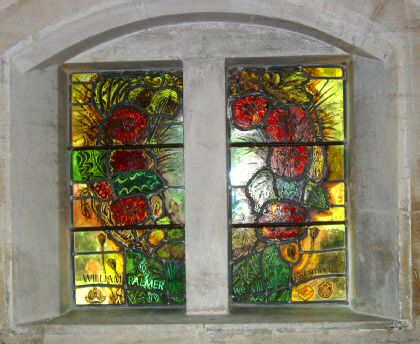 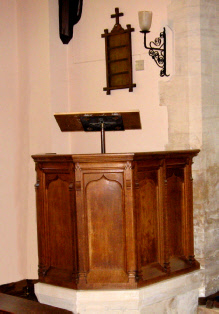 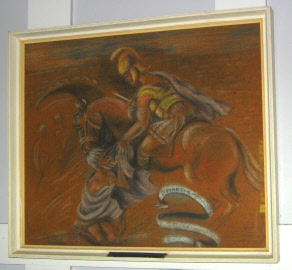 A Tour of St Martin 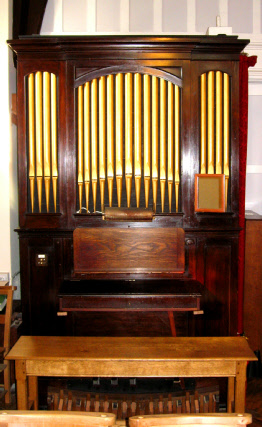 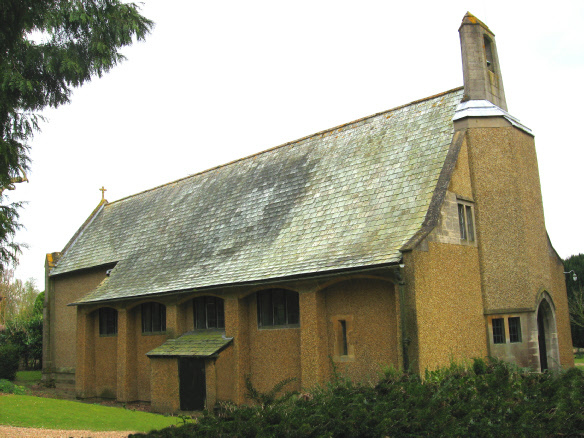